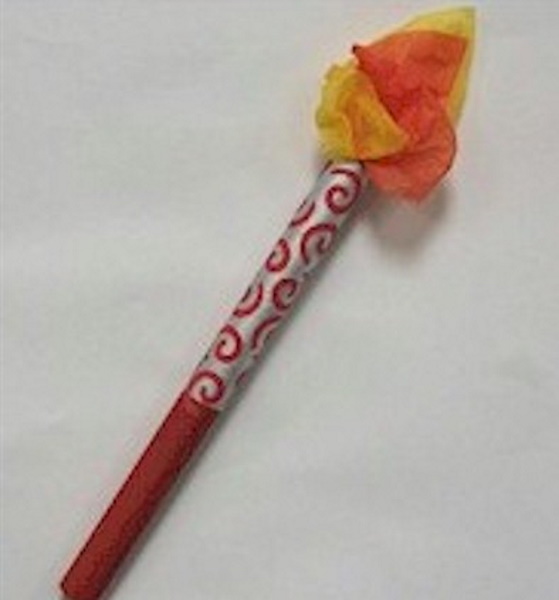 The FreeKidsCrafts team has created this easy to make Olympic Torch so you can set up the Olympic games in your own back yard or school. Take your Olympic Torch in a run around the neighborhood to invite friends and family to participate and spectate as you show off your special skills.

Each torch relay begans in Ancient Greece. OK, not exactly Ancient Greece, but the remains of what was once the Temple of Hera in Ancient Olympia. The torch is lit in a special ceremony before it begins a short tour of Greece. It’s then flown to Switzerland for a quick stop at the Olympic Museum before being flown to the host country. Source: Canada’s Olympic Network – All the neat stuff about the Olympic torch

Cut a 10″ square of tissue paper in yellow and orange and push in the top to resemble a flame.

Be sure to also make the Olympic  Rings to make the event even more authentic.