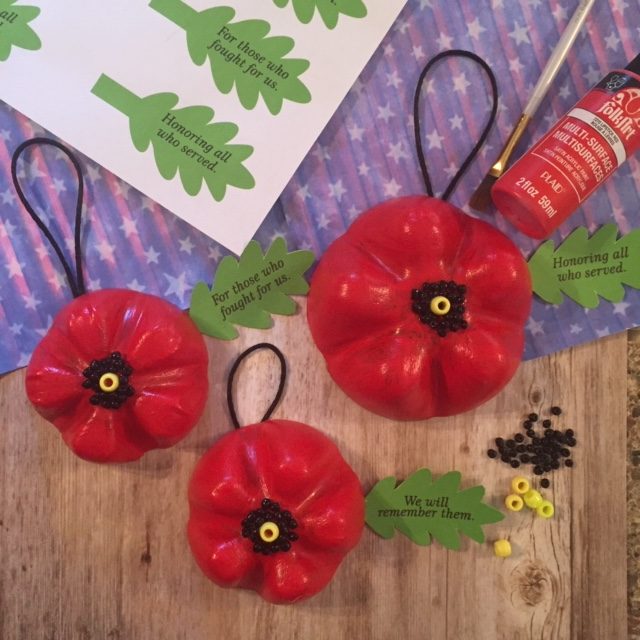 This Poppy Door Hanger is made from recycled plastic bottles, so while you are honoring our veterans you are also helping the environment. The poppy has been a symbol of remembrance since WWI when it was adopted as a symbol to honor those who had died or served their country in the armed forces.

The poppy is also known as the corn poppy, corn rose, field poppy, red poppy and red weed. The last name is revealing, for although this member of the poppy family produces a beautiful vivid red flower, it is classified as a weed. Source: Independent – The History of the Remembrance Poppy.

Have someone contact your local veteran’s home or hospital to find a safe way to distribute these Poppy Door Hangers for veterans’ to know they are not forgotten. 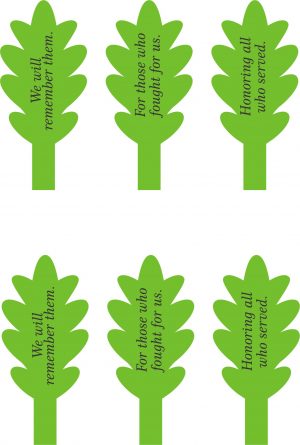 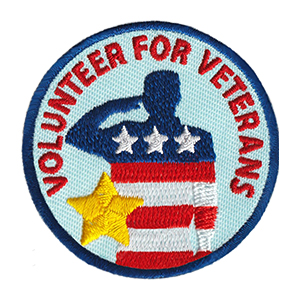 Award your kids with an inexpensive and colorful  Volunteer For Veterans Patch from MakingFriends.com. They can wear them, collect them or trade them.