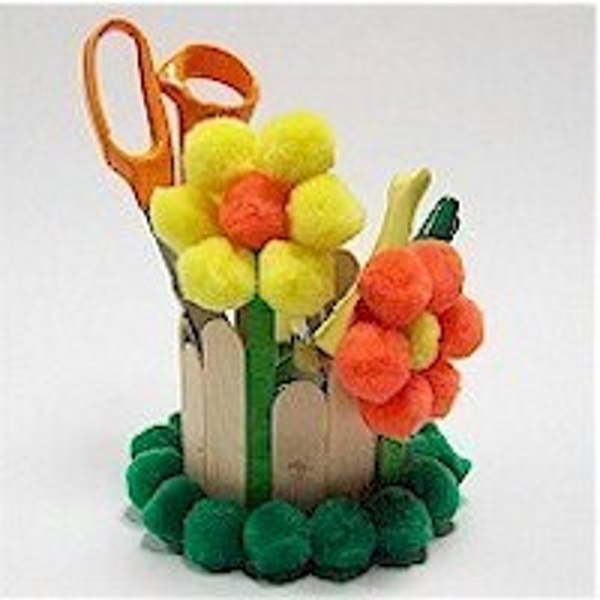 This DIY Pom Pom Desk Caddy designed by the FreeKidsCrafts team makes a special gift for kids to make for Mom, their favorite teacher or just for themselves. A desk caddy is a great way to keep things like pencils, pens and other writing implement from rolling all over the desk and onto the floor. Plus it is fun to make.

Early desks had sloping tops, since these were used primarily in monasteries and universities when the books that were read or written were large parchment volumes. Source: Fine Woodworking -A Short History of Desks