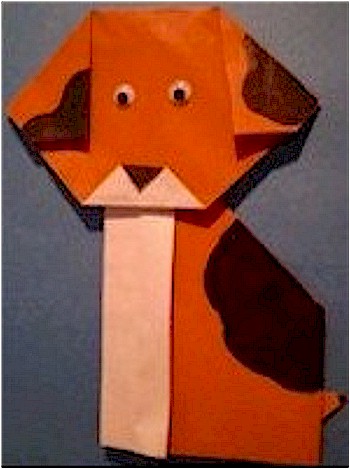 Make this friendly Origami Spotted Puppy designed by the FreeKidsCrafts Team and use your markers to make him special just for you. This simple origami project is a good introduction to other Origami and Kerigami crafts.

Fold and crease paper diagonally in both directions. Open up.

Fold in half. Crease

Draw on eyes or glue on wiggle eyes.

Open slightly along right side. Fold top piece out which will bring the top point down. Crease.

Open up head and glue inside. You can leave it like this or add some markings like we did. 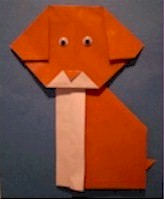 Make and Fly a Rotocopter