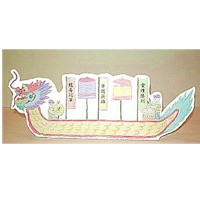 The Dragon Boat Festival is a Chinese tradition dating back to 2400 years ago. It was originally held to commemorate the death of a poet named Qu Yuan and later developed into a national holiday with dragon boat races. The festival is observed on May 5th in the Chinese Lunar calendar, which usually falls in June on our calendar. Now, dragon boat racing has become a sport in many other countries including the U.S. and Canada.

A dragon boat is long and narrow with a decorated dragon head and tail. It has a large drum, and a team of paddlers will follow the drumbeat to power the boat. Larger dragon boats have other decorations such as flags or ceremonial umbrellas like those shown in the above picture.

Click on Printables and print out the pattern for the dragon boat, then cut out, draw some paddlers, and color both sides; (To make it fun, children can draw their family members as paddlers.)

Fold the pattern along AB and then CD;

Glue the upper edges of the two sides together, then fold the flaps along the dotted line EF and HG towards the inside of the boat so that the boat can stand.

If you want a bigger boat just enlarge the pattern on a copier.

This craft reprinted courtesy of MyWeb3000.com. 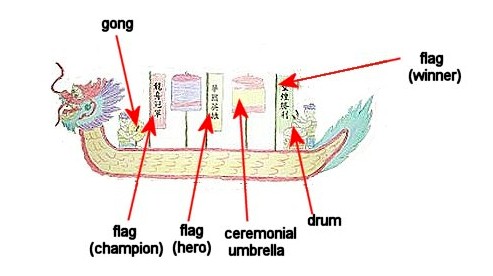 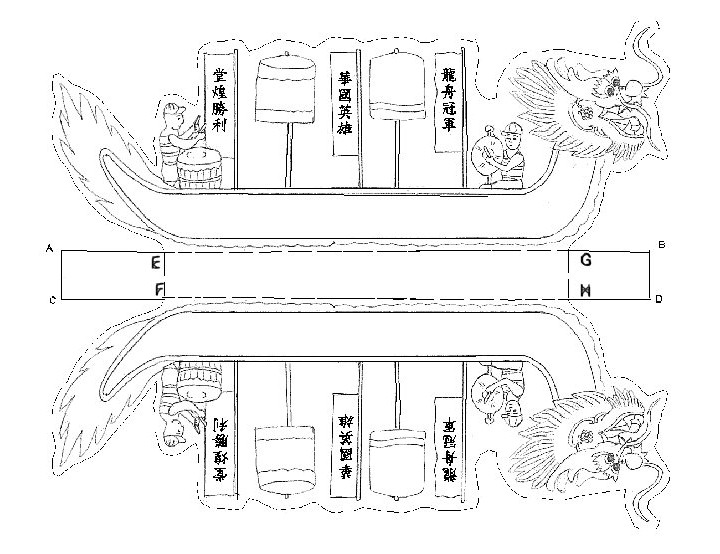