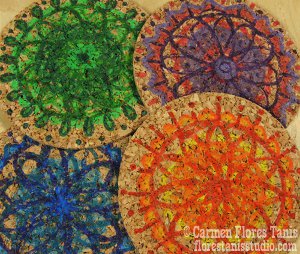 Remember Spirographs? Well pull them out from the back of the toy closet and make these DIY Cork Spirograph Coasters for the next family party or to give as fun gifts.

Trivia:  In 1962 British electronic engineer Denys Fisher invented Spirograph. in 1962  He was working for the Noth Atlantic Treaty Organization designing and researching bomb detonators and worked in England for a family owned business.  In the process of applying one of his inventions to the industrial world, members of his family caught on to the interesting patterns that occurred and  marketed the product as a game.  Spirograph became popular as a toy in 1965. Source : Softgame.net – History of Spirograph Puzzle Games 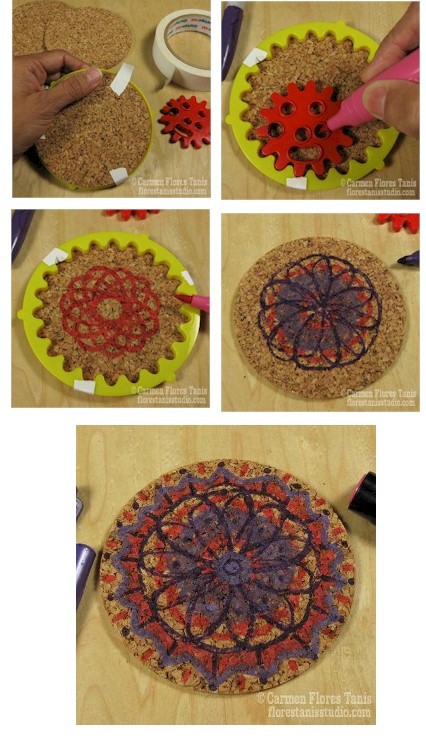