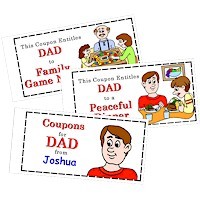 Let Dad know that you want him to be happy all the time, not just Father’s Day, with this Coupon Book for Dad full of special happenings just for him. Be sure to have the kids include a mix of fun things to do and chores that they will cheerfully perform to help him out.

Trivia: It is believed that the first recorded observance of Father’s Day in the U.S. was on July 5, 1908 at the Williams Memorial Methodist Episcopal Church South in Fairmont, W.Va., where they held a special service to honor 360 men — most of them fathers — who had died in a coal mine explosion seven months earlier.

Select coupons you want to use. Stack together with cover on top.

Staple along left side.

Write your name on the front. 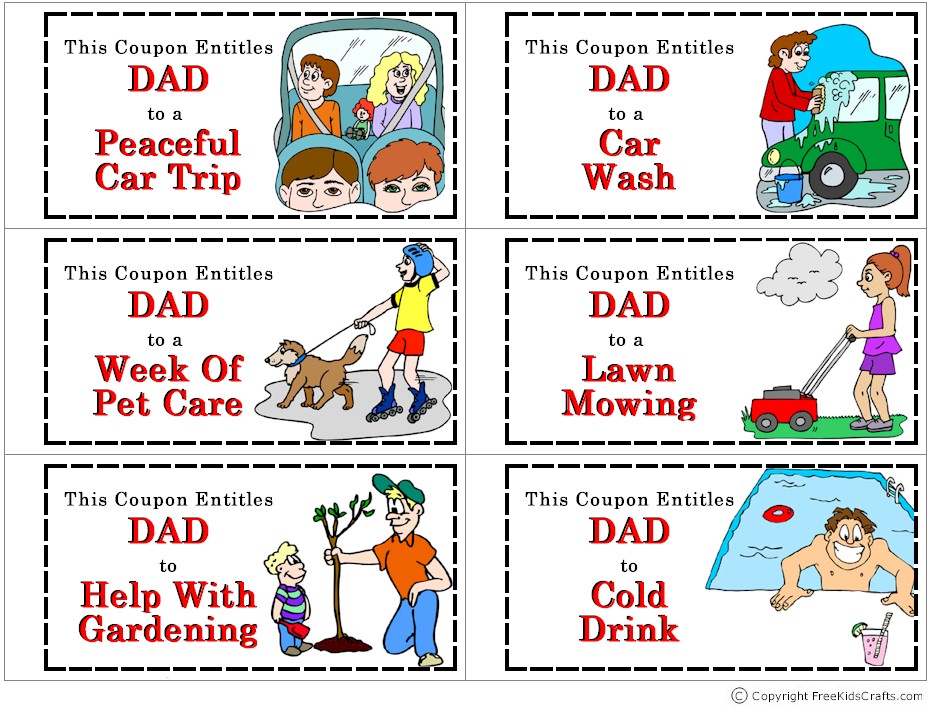 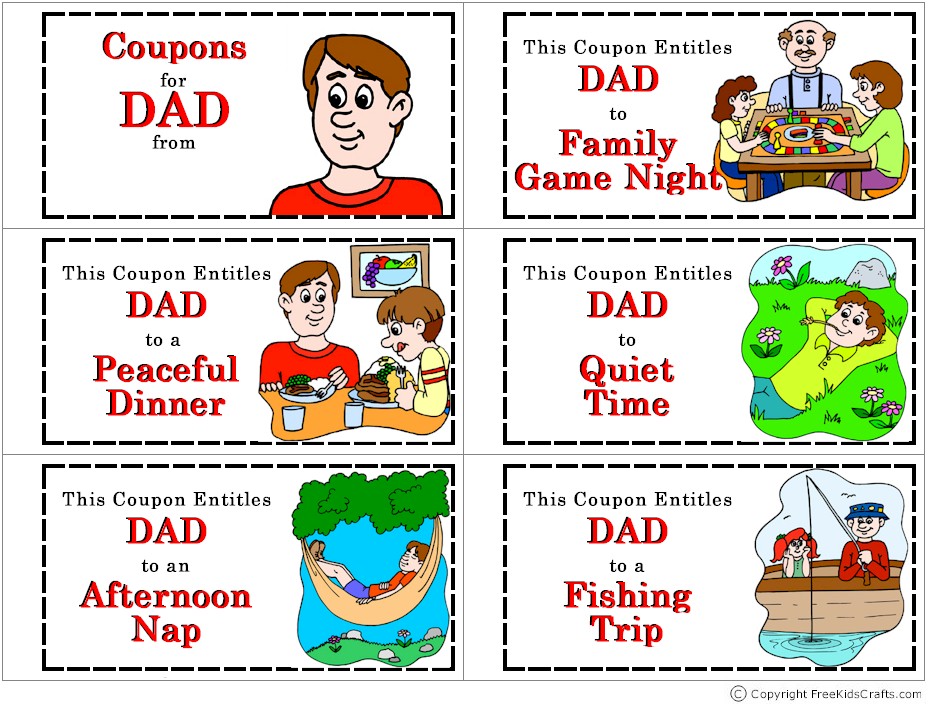 3 thoughts on “Coupon Book for Dad”