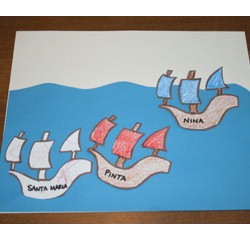 In fourteen hundred ninty two, Columbus sailed the ocean blue. Now you get to teach that famous saying to your own kids! Columbus day is in the second week of October and celebrates the explorer that proved to the world that the world was not flat and discovered America. Columbus travelled with three ships: the Nina, the Pinta, and the Sant Maria. This simple Columbus Day craft focuses on the three ships in the ocean and is a great preschool craft.

Print our ship template and cut the boats out. Younger children could cut around the ships (ie: make each a square) to make it easier.

Write the name of one of the ships onto each piece. Then color the ships with crayons.

Cut the top 3 or 4 inches off the blue construction paper in a wavy way to make an ocean piece.

Glue the blue construction paper to the white.

Glue each ship onto the blue construction paper so they can sail across the ocean.

This craft is reprinted courtesy of AllKidsNetwork.com. 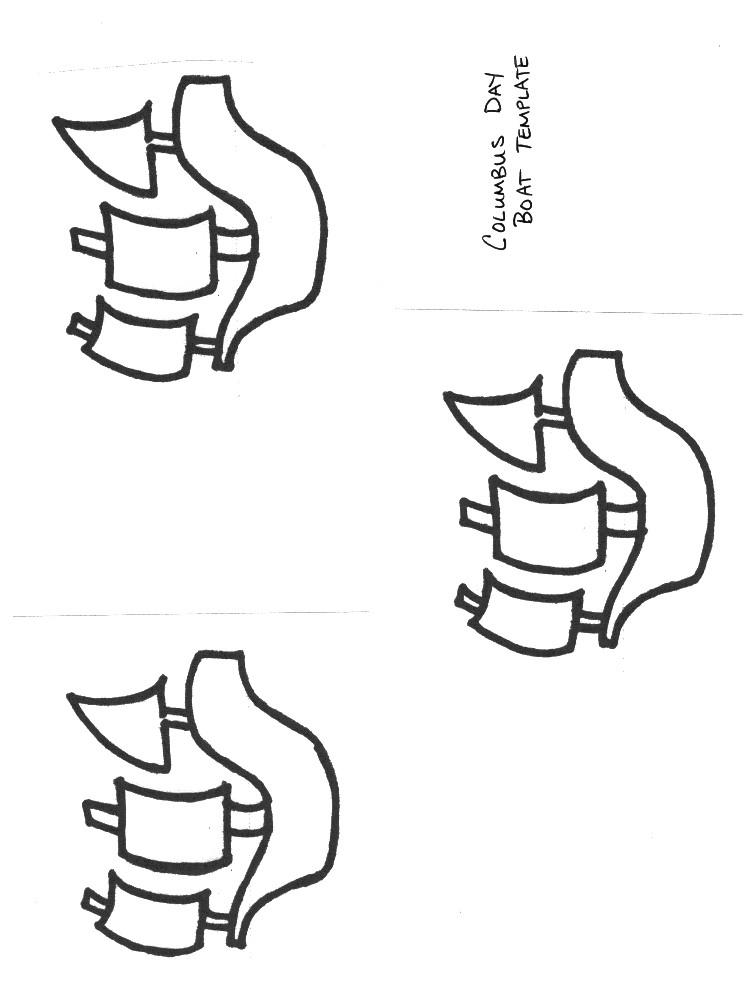 All Kids Network is a network of websites dedicated to providing fun and educational activities for parents and teachers to do with their kids. We have hundreds of kids craft ideas, kids worksheets, printable kids activities and more. So far, we have two main sites - allkidsnetwork.com and kidslearningstation.com.