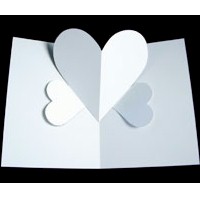 Crafters will want to give a heart from the heart with this beautiful Valentine Pop Up Card. Pop Ups can be simple or more involved and the project should be matched with the ability of the kids involved. It is always good to do a dry run before starting the kids on a project to see what skills will be needed.

Click on printables and print out the heart and card pages on a heavy paper, like card stock or construction paper. Remember if you want to make a larger card and have access to an enlarging copy machine, just be sure to enlarge them both at the same percentage.

Using a ruler as a guide, take the rounded end of a paper clip (or a ball point pen that has run out of ink) and press along the dotted lines of the heart print-out.
Cut the heart print-out from the sheet by carefully following the solid, black lines around the edges... until the pop-up piece is removed.

Take hold of the smaller heart at the left...and carefully fold it all the way over to the right, creasing it flat.
Flip the entire pop-up piece over.

Using a ruler as a guide, take the rounded end of a paper clip (or a ball point pen that has run out of ink) and press along the dotted line running down the center of the card print-out.

Cut the card from the sheet by carefully following the solid, black lines around the edges.

Fold the card in half along the dotted lines to crease it, then open it again.
Apply white glue to each heart printed on the left and right sides of the card.

Place the two smaller hearts of the pop-up piece over the glue areas on the card and carefully press down letting the glue dry.
After the glue has dried carefully close the card.

Your pop-up Valentine is finished! Now give it to that special someone! 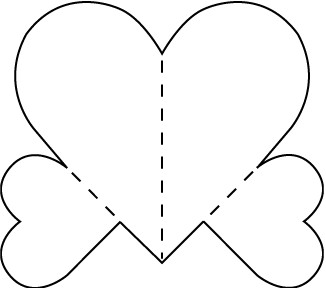 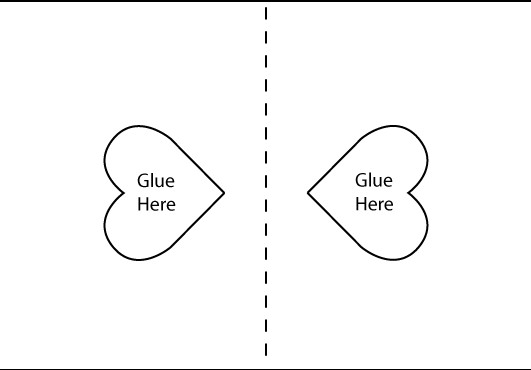 0 thoughts on “Valentine Pop Up Card”