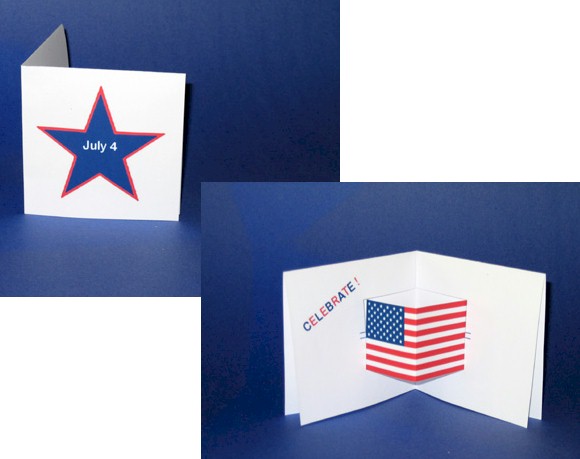 Make this Pop Up July 4th Card as a party invitation to celebrate Independence Day or a holiday birthday. There are lots of fun projects for kids to make a patriotic themed party memorable.

Cut out card INSIDE of blue square.

Fold outward on the vertical line that runs through the flag.

Partially cut around the flag so it will pop-up later. but DO NOT CUT BETWEEN THE 2 SMALL LINES ON EACH SIDE OF THE FLAG.

Open the flag so the card is flat.

Now fold the card on the horizontal line that runs between the flag and the star. Make certain to let the flag “POP” out. 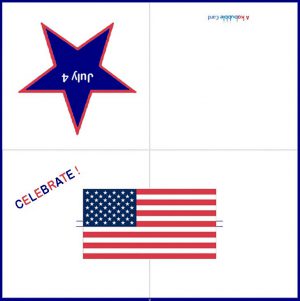 With ten years of “Grand” parenting behind the team at Kabubble they’ve come up with lots of ideas on how to have lots of fun along the way and they have created treasured memories. This site shares those ideas with all grandparents and parents.