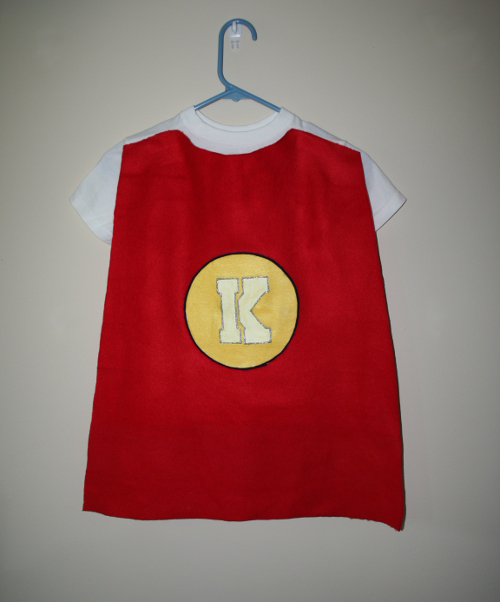 Every kid wants to be a superhero and here is an opportunity to start with a No Sew Superhero cape. It doesn’t have to be be Halloween to dress up and have a great time. Here’s a plus, you can adapt this cape into other costume ideas by changing the mask or headpiece and changing the decorations to match.

Trivia: A cape is any sleeveless outer garment, such as a poncho, but usually it is a long piece of clothing that covers only the back half of the wearer, fastening around the neck.

1. Choose which color of fleece you want for the cape and cut it so it measures 28” long by 22” wide.

2. Take one of your child’s t-shirts (I bought a size t5 blank t-shirt for $4) and place it on top of the fleece. Fold the collar down and trace the contour to the fleece. Trace the shoulders too and add one or two inches of length to each one. 1-foldedcollar

3. Now that you have the top of the cape drawn lets work on the sides. For the sides draw a diagonal line from the end of the shoulder to the bottom edge of the fabric. Do the same to the
other side. If the bottom of your fabric is straight leave it like that if not draw a line from each bottom corner. Cut the cape following the lines.

4. With the other color of fleece fabric cut a circle. I used a 2 quart saucepan that measured 7” in diameter to trace the shape into the fleece. Cut your circle (this is going to be the cape’s emblem).

5. For the “emblem” let’s make a letter. It could be your child’s initial, or an “S” for Superhero. Whatever you like. I bought a package of alphabet stencils for this, but you could print the letter from the computer, cut it, and trace it with a pencil. Fill in the letter using the small paint brush and acrylic paint. I added an extra detail with silver glitter paint going around the letter outline. Wait for the paint to dry.

6. Take the cape and fold it in half lengthwise. Press the fold to find the center. Measure 6” from the collar and mark it. The top of your “emblem” should be in the 6” mark.

8. To finish the emblem I added a piece of yarn around the circle and attached it with fabric glue. This is completely optional.

Attach velcro to back of shoulders 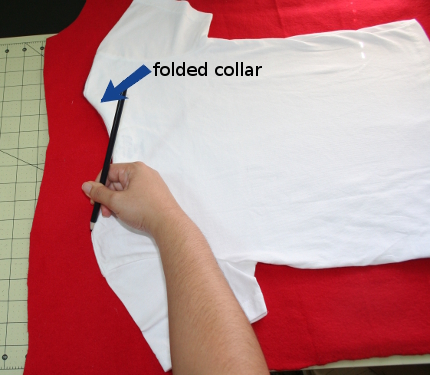 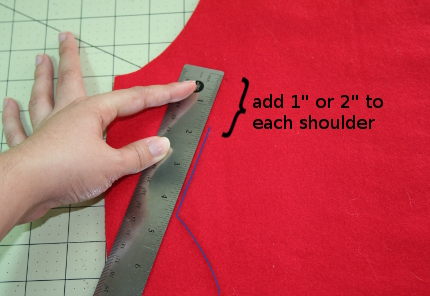 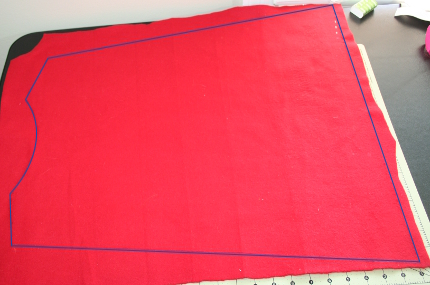 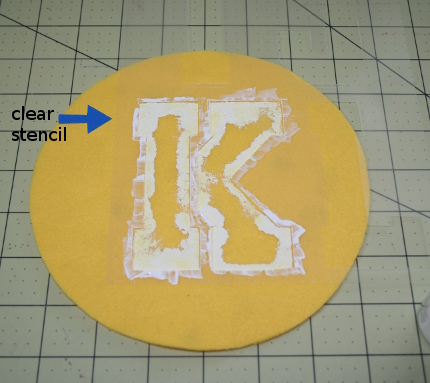 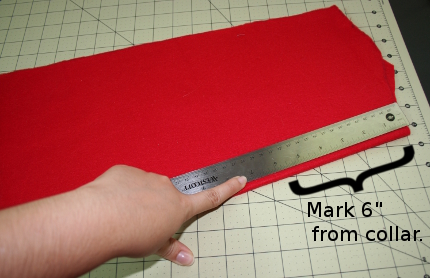 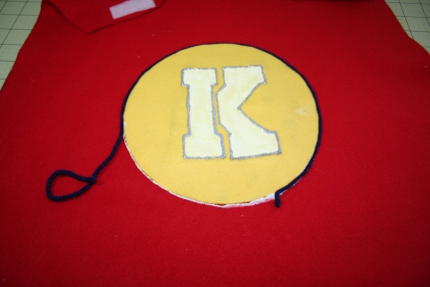 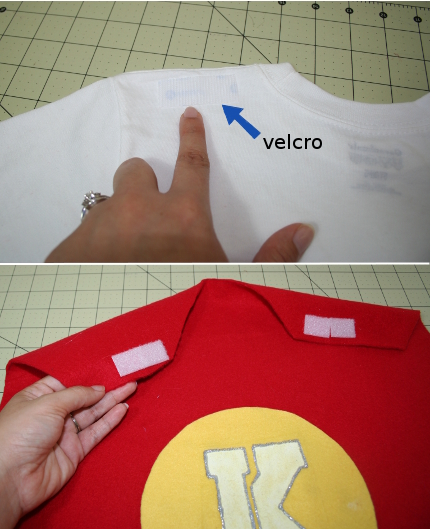 Our website was created by a mother and daughter team, adding a unique combination of crafting qualities and expertise of creativity. We started our website after numerous years in the area of craft, teaching, retail craft and owning a gift store. We decided to launch it to provide resources for teachers, therapists, and craft enthusiasts in the year 1999. Since then, the website has grown tremendously in terms of content and resource information.

0 thoughts on “No Sew Superhero Cape”