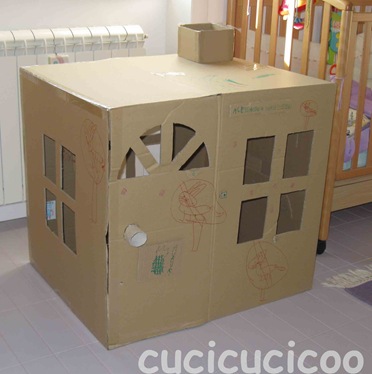 All kids love to play with boxes, sometimes more than the presents that came in them. This project takes that fun one step further and turns it into a Cardboard Box House complete with fancy windows and doors.

This year i gave my husband an ikea armchair. He was about to flatten the huge box to put out with the recyclables, but i stopped him. After all, you don’t get a box this big every day and I absolutely needed to use it for something or other. Later, playing around, we put my daughter inside, and I thought that we should make a little house out of it.

I put the box on its side and opened the top flaps. There was an extra piece of cardboard the size of the base of the box, so I used transparent packaging tape to attach this piece to three of the top flaps. The fourth flap became the door. My daughter and her cousin helped me plan out where to put the windows and what shape to make them. I cut them out with a box cutter.

it was too hard to open and close the door from inside, so i traced around an empty toilet paper roll, cut out the hole, stuck in the tube and put tons of glue on it.

And i have to give it to alessandro… that chimney looks great and lets in a pretty cool light!

The kids then went at decorating and personalizing the house.There’s the sign with their names. The doorbell. The signs prohibiting the cat from going in (she just couldn’t resist scratching up the house’s floor). The pictures hung on the wall. All sorts of pictures and stamps directly on the walls.

But because we worked on it together and created something unique that can't be duplicated by a plastic store bought playhouse. 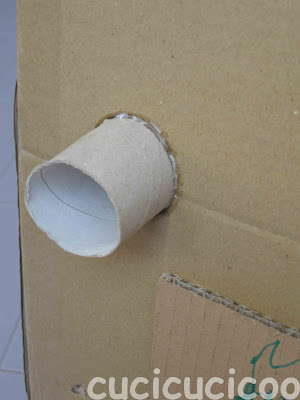 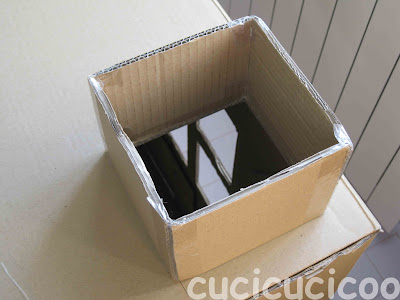 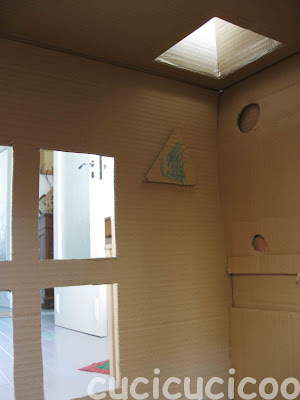 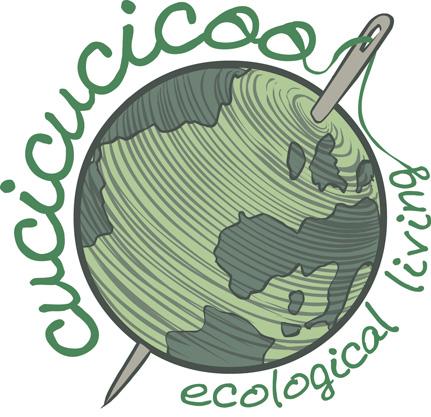 Cucicucicoo: Eco Sewing & Crafting proposes all sorts of DIY projects to creative minds of all ages who love to make things without harming the environment. Repurposing materials is a great way to save the Earth while expressing yourself though all types of creative means! Come check out the tutorials for kids and adults at Cucicucicoo.com!